Intuitive errors are very helpful when trying to troubleshoot a problem. On the other hand, when we receive an error that is vague, we sometimes find ourselves wanting to throw the laptop out the window. What do we do though when the error message really does look to be pretty intuitive but we can’t figure out where the problem is?

Intuitive errors are very helpful when trying to troubleshoot a problem. On the other hand, when we receive an error that is vague, we sometimes find ourselves wanting to throw the laptop out the window. What do we do though when the error message really does look to be pretty intuitive but we can’t figure out where the problem is?

Today, I am going to cover one of these falsely intuitive errors. As it turns out, this is a problem that I had actually forgotten about since I had not seen it in many years. The error is shown here.

This error looks pretty straight forward, right? It tells me there is an incorrect syntax somewhere in my query. Running into a syntax error somewhere along the line does happen to all of us at one time or another. Because of that, I would not be terribly alarmed by the error and just proceed to fixing the syntax problem. Here is the query that is throwing that error. 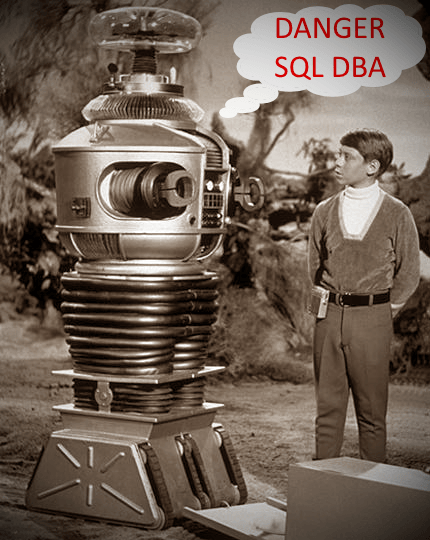 Now is the time to start pulling out your hair. There is no syntax error in the query. Go ahead and look it over 10-15 times. I know I did.

Ok, if there is no syntax error, then what could possibly be the real problem? Is the database corrupt? Maybe a system table is corrupt? Grasping at straws here, but could it possibly even be some sort of royally screwed up permissions.

Everything seems to be checking out properly. There is no corruption whatsoever. Laptop is soon to be launched at this point right? Ok, maybe not launched because this is a simple query. But, had this been a production related query that was rather intense and complicated, there really may be something getting launched as the frustration mounts.

Well, since the error does not fit the crime, maybe this is one of those really odd errors that truly means something else. In this case, if we dissect the query we will probably notice that there is a DMO being called here. If I query sys.stats directly there is no problem but joining to sys.dm_db_stats_properties I get the error. If I run the query from the master database, the query runs without error. In fact, running the query from within a connection to most databases succeeds.

Now we have two clues to the problem. It only fails in some databases and only fails when the DMO is used in the query. Let’s take a look at database properties and see what we can find. In this scenario I am finding this little nugget in the affected databases.

This database happens to be in SQL Server 2000 compatibility mode. I wonder why that may be and proceed to investigating as well as fixing it. Let’s see what happens after changing the compatibility mode to something more recent (and yes this is an OLD version of SQL Server and the whole thing should be updated anyway but that is a discussion for another time).

Errors will happen as we work with TSQL – that can be expected. Sometimes we type too fast or just miss something here or there. When we get a syntax error, it really sets our mind to focusing on it being a mistake that we made. In this case however, the error is thrown for a syntax problem because the DMO is not accessible in compatibility mode 80.

Due to the straight forward error – we may spend a little to much time looking at the wrong thing. Keep your mind open to the error being elsewhere than your code should you see a syntax error near “.” in your endeavors.