Paul Randal (Blog | Twitter) and Kimberly Tripp (Blog | Twitter) of SQLSkills are hosting an Immersions training event in Dallas.  This is not run of the mill training, but it is top tier training targeted to three different audiences.  You can read about the event here.

The cool thing about this event is that Paul and Kimberly are hosting a contest and giving away a free seat to their training.  In order to enter the contest, one must write a blog post and explain why they should win.  Details for entry into the contest can be found here.

While prepping to write my own entry, I browsed some of the other entries and two of them really stuck out to me.  The first was by Kendra Little (Blog | Twitter).  Kendra did a superb job of demonstrating that she would employ the knowledge she would learn.  The second was by Robert Miller (Blog | Twitter).  Robert implores Paul and Kimberly to bestow the seat to another person who is more deserving.  To me that is the essence of the SQL Community.  How could I do any better than that?

I thought about maybe making some witty comments about Paul’s accent and needing to get a full week of it.  Or maybe promising that I will definitely wear pants unlike Buck Woody.  Then I thought maybe I could find a cool sheep video.  Those would simply be to hopefully appeal to Paul’s sense of humor.  None of those options seemed to be the right fit this time around though.

I will share a story though.  A few months ago I was speaking at SQLSat54 in SLC.  While in the prep room, we talked about some blog posts from Sean McCown (Blog | Twitter) about bad interviews.  In short, Sean shared some of his interview experiences.  If you read Sean’s rant/series on the subject, you should understand that they were very bad experiences.  I thought these must of been edge cases.

Recently, I have been conducting interviews for a couple of DBA positions.  During those interviews I ask similar questions to what Sean asked.  For some reason every candidate I have interviewed has given the same response to the char() v. varchar() question.  When I follow up with the nchar/nvarchar question, the answers become even more baffling.

How does this relate?  Well, the last candidate that we interviewed happened to be a tenured trainer for SQL Server.  I expected him to nail that question out of the park.  He taught the certification courses as well as other SQL related courses.  He had even taken some of the Certification exams.  Lo and behold the answer was that a varchar held unicode data and char held single byte data.  He was baffled by the nvarchar question.

I have self taught myself for much of my career due to a lack of trust for training programs.  This trainer did not help that cause at all.  I am hoping to get some immersion by REAL trainers with heavy duty SQL training.  I know that Paul and Kimberly are top notch.  I have read many of their blogs and also have listened to some of the MCM prep videos. 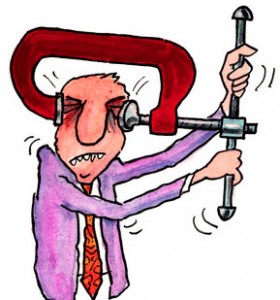 In those brief exposures, I know they can restore my faith in organized training.  Furthermore, if I can learn something out of the brief MCM Prep videos, then surely I could learn enough in a full day of immersion with them teaching the course.  As we know, those readiness videos are just the tip of the iceberg.  Brent Ozar (Blog | Twitter) has said that the Immersion courses go deep on multiple occasions (Our sessions go deep. Really deep, can’t teach OS in 30 minutes, depth of MCM videos).

Having just a little taste of the wealth and value of information available in the MCM Readiness videos by SQLSkills – I want more.  I know that with this kind of training, I can rest easy knowing that there are trainers out there that know there stuff.

There you Have it

I know the content of this training is bar-none the best there is.  By attending this training, I am sure to be exposed to mass amounts of data and possibly a bit of overload.  I’m good with that.  I will definitely put into application and practice the principles I learn.  Furthermore, I will take what I learn and impart what I can with others in the community (within reason).

5 thoughts on “Immersion in Internals”