Working with PowerShell brings a lot of advantages and power to help manage a server. The more current your PoSh version, the more efficiently you will be able to manage your server. Sometimes getting to the current PoSh versions comes with a little pain such as ISE crashes.

Working with PowerShell brings a lot of advantages and power to help manage a server. The more current your PoSh version, the more efficiently you will be able to manage your server. Sometimes getting to the current PoSh versions comes with a little pain such as ISE crashes. 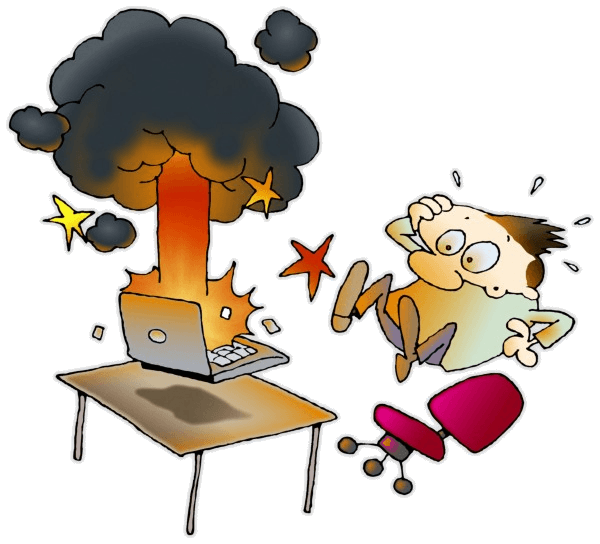 I recently had the mis-adventure of working through some ISE crashes after bringing some systems up to PoSh 5.1 that were either PoSh 2.0 or 3.0. It’s not a very fun situation to run a WMI update and then run into a crash of any type when testing if it worked. Your first thought is something terrible has happened.

As it stands, the problem is more of a nuisance than a critical failure. That said, it is enough of a problem that anyone who uses the ISE or .Net applications may experience a slight cardiac event.

As you work to quickly recover from your missed heart beat, you start digging through logs and then hitting good old trusty google.

Diving through the logs, you might just happen across an error similar to the following:

Either way, the error shoots us back to the same fundamental problem. The ISE won’t load, you get an error message and you can’t confirm that the WMI patch was applied properly.

As you work your fingers faster and faster through the pages on google, you discover that this problem is caused more explicitly by a patch for the .Net framework and not necessarily the work to upgrade your PoSh version. It only waited to manifest itself after the upgrade.

That’s gravy and all, but how does one fix the problem? For me, the quickest and most reliable fix was to simply jump straight to the root of the problem – fonts. The ISE is a WPF application and it also requires a fallback font (if a character isn’t present in your font set, then the app chooses a substitute from the fallback font – or something like that).

The fix is extremely simple and really underscores why this is merely a nuisance issue and not a critical problem. Thus it shouldn’t cause any sort of sinking internal feelings of any sort. There are a few plausible fixes floating around out there. I recommend just doing a manual font replacement. It is all but three simple steps:

After you have copied the font to those two directories, then all that is needed to be done is launch the ISE. I ran into the same problem on three or four servers and the fix took no more than 5 minutes on each of the servers.

I previously mentioned that I have been working more and more with PoSh to try and improve my skillset there. This is one of those very low-level trinkets that I ran into as I have been working to hone my skills in that tech. For other, possibly, interesting articles about my experiences with PowerShell, you can check out these articles.

Given this job is tightly related to the system_health black box sessions (sp_server_diagnostics and system_health xe session), I recommend fixing the job. In addition, I also recommend reading the following series about XE and some of those black box recorder sessions – here.