Some effects on plan cache and max memory settings

Reading a Microsoft Article (which can be found here) while making sure I understood what can cause a query plan to be recompiled or removed from the plan cache, I got to thinking a bit.

In the article, it lists the following as things that can cause a plan to be removed from cache or to be recompiled.

The first item removes a plan from cache while the rest mark the plan is invalid and a recompile will be forced on the next execution of the SQL Statement.  But then the question comes, why make the distinction between the two?  Doesn’t removing a plan from cache in essence equate to a recompile further down the road when the query is executed again?  While semantically it is not a recompile, it sure sounds a lot like one.  The query was compiled, invalidated and removed from cache and then compiled again when executed the next time around.

When thinking about all of this, how can we see that memory pressure can “invalidate” query plans?  That is actually quite simple.  We can see the same net effects with the following experiment.

WARNING: DO NOT DO THIS ON ANY ENVIRONMENT THAT IS NOT A SANDBOX ENVIRONMENT.

In this setup, I have a Sandbox server with a simulated load that keeps plenty of plans in cache and SQL Server is happy with about eight gigabytes of memory allocated to it.  To show that memory can cause a bunch of plans to be invalidated (and removed from the plan cache), I am going to take memory away from SQL Server and in essence simulate a memory leak or memory pressure.

This shows that the settings have taken effect on SQL Server and all of this without a Service restart (I keep hearing that myth). 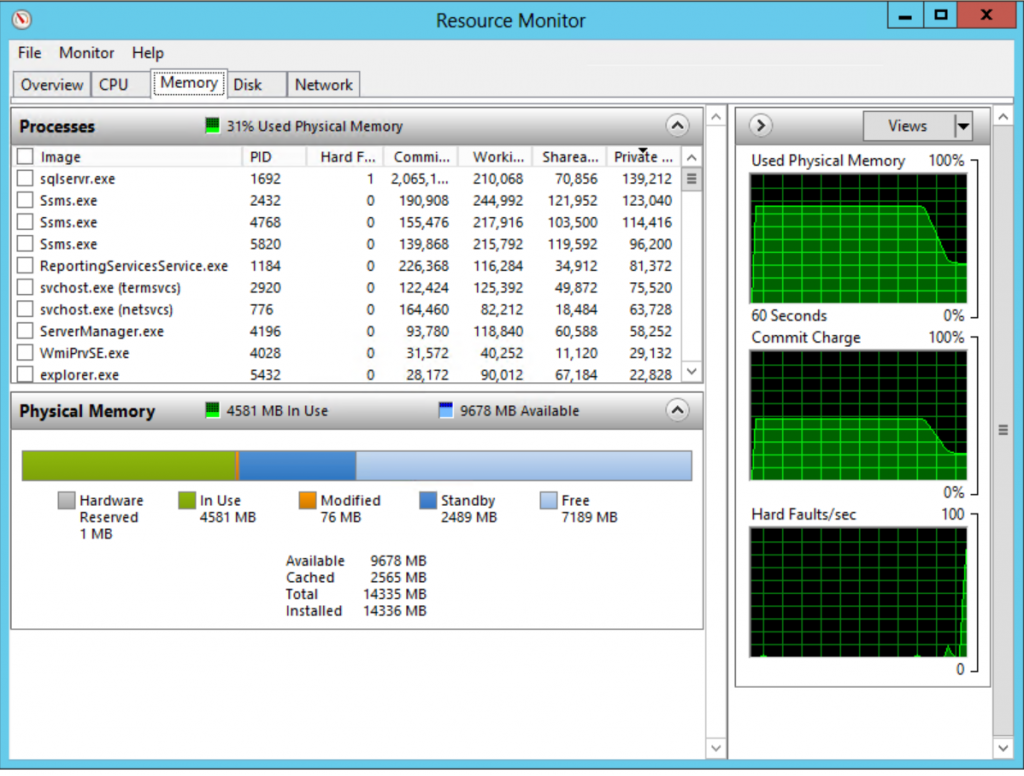 If you happen to take too much memory away from SQL Server, you could end up in a severe memory pressure situation where connections are limited.  Even trying to increase max memory could be severely hampered due to insufficient resources in the default resource pool.  Here is a blog post that demonstrates the effects on connections due to this error (even as bad as SQL Server not starting up).

Since the problem is in the default resource pool, you could try a connection to the DAC and modify the max memory there.  If the pressure is severe enough, you may be limited in your ability to connect to the DAC as well.  In that case, you may be in need of starting up in single user mode as referenced in that prior blog post.  Sometimes, it is enough to reduce the number of connections or resource requirements to regain access to the server to change the max memory appropriately.  Suffice it to say, do not run this on a production type of box, lest you are ready to cause a bit of an outage.  The intent here is solely to share that max memory can have an immediate impact on compiles and plans in cache.

10 thoughts on “Effects of Max Mem on Plan Cache”