In this article I show how to use and configure the histogram target. In addition, I explain how to get to the data trapped into this target. Lastly, I demonstrate how to find the pertinent information for the target configurations. 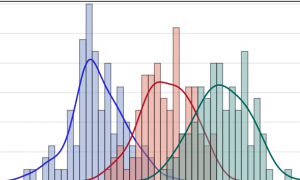 The last few articles covered the pair_matching target and some uses and details that go along with it. For a recap, you can read here.

The histogram target is a target that provides grouping of a specific event within the event session. This group can be configured to be on a data point within the payload of the event session or on an action that has been attached to the event. That said, careful consideration should be given to what the grouping configuration will be.

In principle, this is fine and well. As is often the case with Extended Events, it is often more clear to see how this works. The first step to seeing this in action is to figure out what the configurable options are for the histogram target.

From this query, that I have shown a few times now, I can see  the following results:

The histogram target has four configurable options. Note that none of the configurations is mandatory and two have default values assigned. Even though none of the configurations is mandatory, I would say that the source is somewhat mandatory. This is the field (or action) on which to group the data. In addition, I would also say that the filtering_event_name is a mandatory field, unless there is only one event in the session. Even at that, I would recommend getting into the habit of setting a value for this configuration.

In addition to the lack of a mandatory configuration, I want to make particular note of the source_type configuration. This configuration has a default setting of 1. This value correlates to “action_name” as a grouping field type. Keep that value in mind for later recall. In the interim, I have a script that will create an XEvent Session to track deadlocks occurring on the instance. This will be used for the remainder of the demos.

In this session, I have decided I want to trap occurrences of deadlocks to two different targets; the event_file target and the histogram target. On the histogram target, I have configured the filtering_event_name, source_type and source settings. Now, I want to create a second session that I will not start. This additional session will be strictly to show the differences between settings values.

Now with both sessions deployed, I will query the sys.server_event_session_fields view to find what configuration settings are in effect for these particular sessions.

Despite the default value for source_type according to the metadata, it really seems there is no default value based on these results. Keep that in mind when building this target into a session. Much like the filtering_event_name, I recommend just setting the source_type to remove all doubt of the value being used for this configuration.

Now that that is understood, go back and clean up the Deadlocksrc session if you executed that script. I will just be using the Deadlock session from this point.

I have configured the grouping field to be database_id. In addition, it’s just not as much fun to show a single data point. This session is designed to help me understand which databases are hotspots for deadlocks. Then I can focus my attention on the hotspots and tune from there.

So how do I query the target data? It really is very much like the previous targets. I will once again start by querying the target with a very basic query.

Looking at just the XML, I will see a structure similar to the following (values will differ):

I have highlighted a couple of areas of interest. In blue, I have highlighted the count. The count is maintained for each grouping . This brings me to the section highlighted in green. This is the value – or database_id that I specified in the “source” configuration for this target. Now all I need to do is query the target and get this data into something a little more friendly. Here is how I have done just that:

I have a few options demonstrating the progression of steps for this particular query. First, as I have shown previously, I have dumped the target data into a temp table for improved performance. Then I query the temp table and parse the XML from there.

In the first shot at parsing the data, all I see is a database_id and a count. This is not very helpful unless the mapping of database id to name (or one queries the information manually). Thus the need for the second query where the data is joined to sys.databases to get this data directly in a single query.

For my particular setup, here are my results:

Back to the results (as contrived as they may be), I can see that I have two databases that seem to be the sources of deadlocks on a pretty regular basis. Well, at least in comparison to the remaining 100 databases in my instance. Now, I can filter down the deadlocks I want to pay attention to by querying the event_file and filtering just for deadlocks that occur in either of these two databases. I could also create a session to trap deadlocks specifically for those particular databases rather than monitoring all databases. Again, this is one of those things that just gives me several options were there may be more than one correct choice.

In this article I have just shown how to use and configure the histogram target. In addition, I explained how to get to the data trapped into this target. Lastly, I demonstrated how to find the pertinent information for the target configurations.

2 thoughts on “Histograms and Events”