This article demonstrates a script that will generate a nice html report of your database security suitable for the auditors.

Of late I have seen a lot of questions on how to audit the logins and users on each SQL Server.  I had the same questions for myself when I went through the same exercise some time ago.  My first step was to peruse the internet and see what I could find to get me started.  I found that to be quite helpful.  I found a lot of different scripts that were beneficial.  I, like most, did find one though that I preferred above the rest.  That script can be found here. 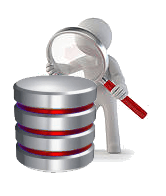 Why do I like this script?  I like the format.  It also generates a nice output that can be passed along to auditors.  The output is saved into an html format and seems more presentable to me.  Besides those facets, it meets the base requirements – I can find what roles and users have what permissions in each database on a SQL Server Instance.

The script didn’t quite suit all of my needs.  I think that is frequently the case.  The trick is being able to take the script and make necessary adjustments to suit whatever needs you may encounter.  The changes that I made to this script were in favor of progressing toward an automated inventory solution that I could run from a central location.  The script as it stood required manual intervention.  Granted, I have not yet completed my inventory solution, I have modified the script to work well with 2000 and 2005 and output the results to a properly consumable html file.  Since 2000 and 2005 behave differently in certain regards, I had to add some logic for the script to also behave differently if depending on the version of SQL Server it was run against.  This was necessary since I have SQL 2000 – SQl 2008 in my environment.

That is the prep setup so we can now begin the true work of the script.  As, I said there was some decision logic added to the script.  I needed to find a way to determine SQL Server version and based on version execute a different script.  And now we have the decision block.

Basically, I am checking the version and determining if I should use the SQL 2000 objects or if I can use the SQL 2005 objects since the 2000 objects are scheduled for deprecation.  Also, since xp_cmdshell is disabled by default in SQL 2005, I am prepping to enable that just for the final piece of this script.  Due to the nature of xp_cmdshell, it is advisable that you understand the security risk involved and revert it back to disabled – if you enabled it to run this script.  There are other methods for doing this, I am sure, but I chose this since I got consistent results and have not had time to revisit it.

After that decision tree, I have changed the main body of the script to also use a decision tree in building the dynamic sql.  That tree is built like the following snippet.

I think you can see at this point some of the differences and why I chose to do it this way.  The final section of code change comes at the end of the script.  This is where the html file is finally built, and then saved out to the file-system.

In this section, I am enabling xp_cmdshell if necessary.  I am also performing one more necessary trick.  I am using xp_cmdshell to flush bad dns records and ping a remote host.  I will be saving the file off to a central repository and found some bad dns records on my servers while doing this process.  By adding this step, I saved myself quite a bit of frustration in the long-haul.  After that, I use xp_cmdshell to bcp the results out to file.

This took some work to get the ” ‘ ” all lined up correctly and working properly with BCP.  It was somewhat satisfying when it finally came together.

Now, remember I said you should reset xp_cmdshell back to disabled once completed?  Well, I built that into the script as a part of the cleanup.  I perform this action right before dropping all of those tables that I created.

I effectively took a well working script and made it suit my needs / wants just a little better. The initial code was just over 300 lines and I nearly doubled that with this script.  Is it worth the extra effort?  Yes!  Though it took some time and effort to make these modifications, I was able to finish auditing the servers well ahead of pace of doing it by hand.

Furthermore, I can still use this script and continue to reap the benefits of having taken the time to modify it.  Can the script be improved?  Sure it can.  I have a few things in line for it currently.  The biggest piece of it will be modifying it to be run from the inventory package I am still trying to finish in my spare time.

You can download the script in its entirety here. You may also read more about security and permissions from these articles here.